"Space...exists in a social sense only for activity - for (and by virtue of) walking...or traveling." Henri Lefebvre

"Designing buildings in a virtual world brings up some interesting philosophical issues that he and other virtual architects like to debate. There are those who argue, for example, that architectural students should only be able to design buildings that could actually be built in the real world and others who say that there's nothing wrong with taking advantage of the special features of this virtual world." Learning Architecture in Virtual Worlds

Virtual worlds are three dimensional, persistent, shared (social), distributed virtual environments run on computers that are often interactive in the sense that users can build objects and artifacts in them. They often feature multimedia, places, urban and rural simulations, all of which can be shared with others. Many online virtual worlds also have complex and growing in-world economies.

Use of virtual worlds in regards to architecture can be broken into two broad categories. The first is as simulative environments. Using what are called physics engines:

A physics engine is a computer program that simulates physics models, using variables such as mass, velocity, friction, and wind resistance. It can simulate and predict effects under different conditions that would approximate what happens in real life or in a fantasy world. Its main uses are in scientific simulation and in video games.

The properties of physical, (natural or built) environments can be simulated in virtual three dimensional space. This is extremely useful for a wide range of applications. Architecture can use virtual worlds with good physics engines (not all have them) to test and speculate about possible models.

"The concept was to test the Second Life platform to see how far it could be pushed in terms of supporting an architecture project on this scale," explains Lottie WeAreHere, staffer for a London creative digital agency which shares her surname.

Can be found in Second Life at http://slurl.com/secondlife/ScarletCreative%20Architecture/144/90/27

"It was made using an in-depth brief and scope for what the build should contain, and took approximately two months to build out," she continues. "What [did] we learn? HUGE amounts. Mainly around specification to final delivery, just how far the tools in SL could be flexed (this was before the days of sculpties) and that the platform was viable for our commercial company."

The second application for virtual world environments when it comes to architecture is as objects of research. The world I have had the most experience with recently is Linden Labs' Second Life. What attracts my attention about Second Life is the attempted sense of realism that is most often present in the installations and spaces of the program. While some of the graphic applications in Second Life are not the best, it is a very popular platform at the moment (this will change in the future). In Second Life there are thousands of architectural constructions that are free to study, critique and adapt from. Here are some images: 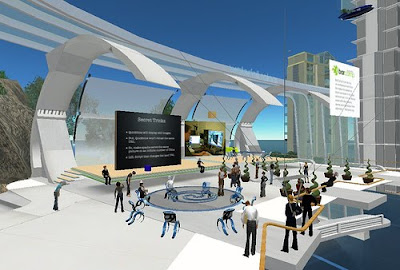 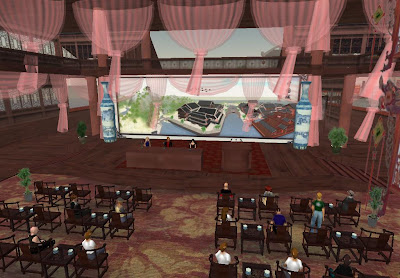 Anshe Chung is one of the most famous builders in SL 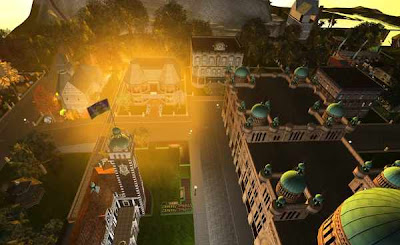 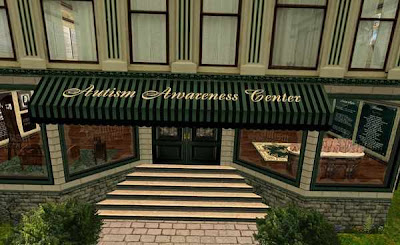 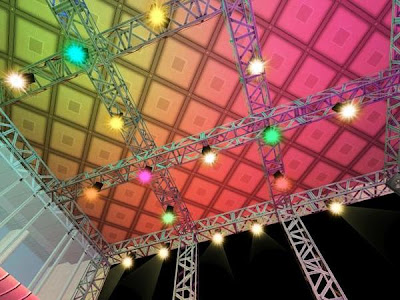 While this is just a very brief introduction to the possibilities of virtual worlds in the context of architecture, I hope it has awoken some interest in the topic. I would like to share a few other pieces that have potential to be useful in investigating architecture, space and virtual worlds.

Sirikata is an BSD licensed open source platform for games and virtual worlds. We aim to provide a set of libraries and protocols which can be used to deploy a virtual world, as well as fully featured sample implementations of services for hosting and deploying these worlds.

The Virtual Forbidden City
IBM and the Palace Museum Beijing have opened one of the five most important palaces in the world…to you. The Virtual Forbidden City: Beyond Space and Time, a first-of-a-kind fully immersive, three-dimensional virtual world re-creates a visceral sense of space and time—as it was centuries ago during the Ming and Qing dynasties—for almost anyone with access to the Internet. Simply visit www.beyondspaceandtime.org, download a client and go….

There is so much more.
Posted by James Barrett at 12:43 PM