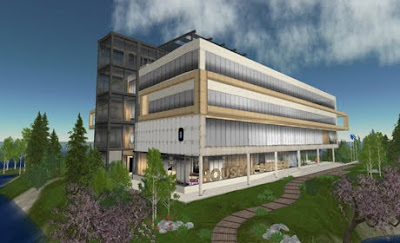 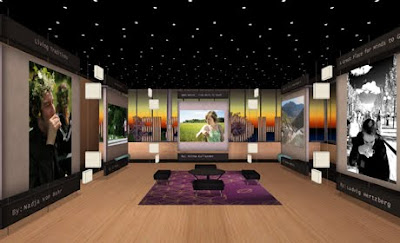 The Second House of Sweden: a virtual embassy for Sweden in Second Life and an excellent example of information architecture in a 3D virtual world. 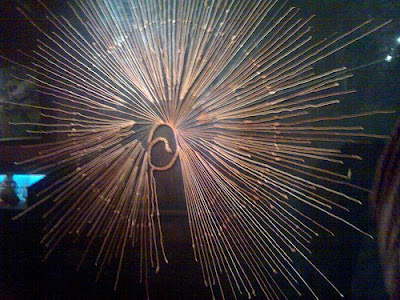 "In ancient Peru, Incan messengers used to travel across the Andes carrying a bundle of woven thread known as a Quipu, or "talking strings." When the messenger arrived at his destination, he would deliver his news while reeling off knots in the string like a rosary. For the Incas, a people with no written language, the Quipu served as their core information technology. It was a communications medium, a counting tool, even a method for recording laws. A skilled Quipucamayu ("keeper of the Quipus") could use the device to tell complex stories by weaving the colored threads together. Each thread represented a different facet of the narrative: a black string marked the passage of time, while other colored strings symbolized different characters or themes in a story: rulers, neighboring tribes, gods. By juxtaposing the multicolored strings of the story along the black-stringed axis of time, the Quipucamayu could "write" almost any kind of tale. Despite a total lack of writing as we would understand it, the Incas managed to keep track of enormous stores of information by manipulating these symbolic objects." (Alex Wright)

Information architecture (IA) is the art of expressing a model or concept of information used in activities that require explicit details of complex systems. Among these activities are library systems, Content Management Systems, web development, user interactions, database development, programming, technical writing, enterprise architecture, and critical system software design. Information architecture has somewhat different meanings in these different branches of IS or IT architecture. Most definitions have common qualities: a structural design of shared environments, methods of organizing and labeling websites, intranets, and online communities, and ways of bringing the principles of design and architecture to the digital landscape.

Historically the term "information architect" is attributed to Richard Saul Wurman. Wurman sees architecture as "used in the words architect of foreign policy. I mean architect as in the creating of systemic, structural, and orderly principles to make something work--the thoughtful making of either artifact, or idea, or policy that informs because it is clear."

The virtual world is really a great place where people can enhance different skills. I think architecture can be greatly practiced in it. People must be thankful of how fast technology is advancing. Before, architectural tasks were done by hand. But now, these are done digitally with the help of computers. And the end products are even more accurate.

ROBLOX is driven by a growing community of more than 300,000 creators who provide an infinite variety of highly immersive experiences.

These experiences range from 3D multi-player games and competitions, to interactive adventures where players can take on new identities discovering what it feels to be a dinosaur, a miner working a mine or an astronaut out in space.