Philisophy and the Digital

Philosophy and technology, in particularity digital technology is a active and expanding area in HUMlab. In 2007 Peter Asaro was a post doctoral fellow in HUMlab working on the project 'Social & ethical dimensions of autonomous technologies'. A video of a seminar on robot ethics by Peter can be seen on the HUMlab website.

Other areas of philosophy and technology that are possible to work with in HUMlab are those related to virtual worlds.

A virtual world is a computer-based simulated environment intended for its users to inhabit and interact via avatars. These avatars are usually depicted as textual, two-dimensional, or three-dimensional graphical representations, although other forms are possible[1] (auditory[2] and touch sensations for example). Some, but not all, virtual worlds allow for multiple users.
The computer accesses a computer-simulated world and presents perceptual stimuli to the user, who in turn can manipulate elements of the modeled world and thus experiences telepresence to a certain degree. Such modeled worlds may appear similar to the real world or instead depict fantasy worlds. The model world may simulate rules based on the real world or some hybrid fantasy world. Example rules are gravity, topography, locomotion, real-time actions, and communication. Communication between users has ranged from text, graphical icons, visual gesture, sound, and rarely, forms using touch, voice command, and balance senses.
Massively multiplayer online games commonly depict a world very similar to the real world, with real world rules and real-time actions, and communication. Communication is usually textual, with real-time voice communication using VOIP also possible.
Virtual worlds are not limited to games but, depending on the degree of immediacy presented, can encompass computer conferencing and text based chatrooms. Sometimes, emoticons or 'smilies' are available, to show feeling or facial expression. Emoticons often have a keyboard shortcut.

We have done work mainly with the virtual worlds of Second Life, Active Worlds, DigitalSpace Traveler and Adobe Atmosphere.


AVATARA is not a cartoon. It's a documentary about an Internet subculture who spend their lives immersed in an online 3-D voice-chat program called "Digitalspace Traveler." Through a series of 14 interviews, we uncover the history, art, identities, struggles and emotions of this unique internet community who, since as far back as 1996 have mostly devoted their lives to this software

In virtual worlds questions about presence and identity can be considered.

"Presence is a theoretical concept describing the effect that people experience when they interact with a computer-mediated or computer-generated environment (Sheridan, 1994). Lombard and Ditton (1997) described presence as “an illusion that a mediated experience is not mediated” (Abstract). They explained that the conceptualization of presence borrows from multiple fields including communication, computer science, psychology, science, engineering, philosophy, and the arts. And a variety of computer applications and Web-based entertainment depend on the phenomenon to give people the sense of, as Sheridan called it, 'being there' (p. 1)."

Identity is an umbrella term used throughout the social sciences to describe an individual's comprehension of him or herself as a discrete, separate entity. This term, though generic, can be further specified by the disciplines of psychology and sociology, including the two forms of social psychology.

The focus for much interaction in virtual worlds is the avatar: 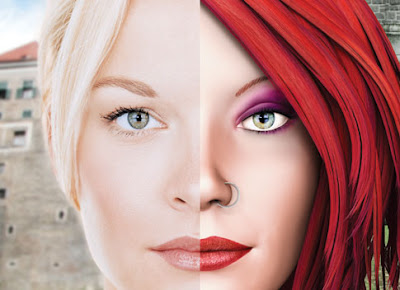 An avatar is a computer user's representation of himself/herself or alter ego, whether in the form of a three-dimensional model used in computer games, a two-dimensional icon (picture) used on Internet forums and other communities, or a text construct found on early systems such as MUDs. It is an “object” representing the embodiment of the user. The term "avatar" can also refer to the personality connected with the screen name, or handle, of an Internet user.

Many serious users of virtual worlds identify very strongly with their avatar, viewing it as an extension of themselves, or even a replacement. The work of Mark Stephen Meadows (who has also given a seminar in HUMLab) looks at the artistic and social implications of virtual worlds, and particularly avatars.

A particularly interesting area of technology and philosophy is the work of Rosi Braidotti:

Braidotti’s publications have consistently been placed in continental philosophy, at the intersection with social and political theory, cultural politics, gender, feminist theory and ethnicity studies. The core of her interdisciplinary work consists of four interconnected monographs on the constitution of contemporary subjectivity, with special emphasis on the concept of difference within the history of European philosophy and political theory. Braidotti’s philosophical project investigates how to think difference positively, which means moving beyond the dialectics that both opposes it and thus links it by negation to the notion of sameness. This is evidenced in the philosophical agenda set in her first book Patterns of Dissonance: An Essay on Women in Contemporary French Philosophy, 1991, which gets developed further in the trilogy that follows. In the next book, Nomadic Subjects: Embodiment and Difference in Contemporary Feminist Theory, 1994, the question is formulated in more concrete terms: can gender, ethnic, cultural or European differences be understood outside the straightjacket of hierarchy and binary opposition? Thus the following volume, Metamorphoses: Towards a Materialist Theory of Becoming, 2002, analyses not only gender differences, but also more categorical binary distinctions between self and other, European and foreign, human and non-human (animal/ environmental/ technological others). The conclusion is that a systematic ambivalence structures contemporary cultural representations of the globalised, technologically mediated, ethnically mixed, gender-aware world we now inhabit. The question consequently arises of what it takes to produce adequate cultural and political representations of a fast-changing world and move closer to Spinozist notions of adequate understanding. The ethical dimension of Braidotti’s work on difference comes to the fore in the last volume of the trilogy, Transpositions: On Nomadic Ethics, 2006. Here she surveys the different ethical approaches that can be produced by taking difference and diversity as the main point of reference and conclude that there is much to be gained by suspending belief that political participation, moral empathy and social cohesion can only be produced on the basis of the notion of recognition of sameness. Braidotti makes a case for an alternative view on subjectivity, ethics and emancipation pitches diversity against the postmodernist risk of cultural relativism, but stands also against the tenets of liberal individualism. Throughout her work, Braidotti asserts and demonstrates the importance of combining theoretical concerns with a serious commitment to producing socially and politically relevant scholarship that contributes to making a difference in the world. Braidotti's output also included several edited volumes. Her work has been translated in a total of 19 languages and all the main books in at least three languages other than English. (Wikipedia)

Another area related to digital technology and philosophy is ethics. Peter Asaro has written extensively on ethics and robotics. Charles Ess is a major figure in the arena of digital media and ethics. Ess has just published a book on the subject:

This is the first textbook on the central ethical issues of digital media, ranging from computers and the Internet to mobile phones. It is also the first book of its kind to consider these issues from a global perspective, introducing ethical theories from multiple cultures. It further utilizes examples from around the world, such as the publication of “the Mohammed Cartoons”; diverse understandings of what “privacy” means in Facebook or MySpace; why pirating CDs and DVDs may be justified in developing countries; and culturally-variable perspectives on sexuality and what counts as “pornography.” Readers and students thus acquire a global perspective on the central ethical issues of digital media, including privacy, copyright, pornography and violence, and the ethics of cross-cultural communication online.

Digital Media Ethics (2009) is designed for use across disciplines – media and communication studies, computer science and informatics, as well as philosophy. It is up-to-date, accessible and student- and classroom-friendly: each topic and theory is interwoven throughout the volume with detailed sets of questions that foster careful reflection, writing, and discussion into these issues and their possible resolutions. Each chapter further includes additional resources and suggestions for further research and writing.

Conclusion
Digital technology and philosophy is an exciting area for study. the few examples I have given here is just the tip of the iceberg.
If you are interested in following up any of the things mentioned in this short presentation please speak to me. As well if you are interested in working in HUMlab you can register for an account on out website. HUMlab is open 24 hours a day seven days a week and offers students and staff at Umeå University a world class environment for research and teaching in the digital humanities.
Posted by James Barrett at 1:27 AM

ROBLOX is powered by an ever growing player base of over 300,000 creator players who generate an infinite variety of highly immersive experiences.

These experiences range from 3D games and contests, to interactive adventures where friends can take on new identities imagining what it feels to be a dinosaur, a miner working a mine or an astronaut on a space exploration.