This video presents views of the 2.0 version of the Rome Reborn city model, showing the ancient city at the height of its civic development, in 320 AD. Hand-modeled landmarks are put in the context of over 7,000 procedurally modeled apartment buildings, which were generated using the City Engine software by Procedural, Inc. The images were rendered out using Mental Images' Reality Server. Video copyright 2008 The Board of Visitors of the University of Virginia. Model Copyright 2008 The Regents of the University of California.

The study and research of history is one area where digital tools and media have been incorporated and developed on a large scale. In HUMlab we were recently visited by Dr. Paul Arthur who presented the seminar, Writing History with New Media:

Digital history is a rapidly growing field that spans disciplines and can take many forms. New modes of publication, new methods for doing research, and new channels of communication are making historical research richer, more relevant and more widely accessible. Many applications of computer based research and publication are natural extensions of the established techniques for researching and writing history. Others are consciously experimental. Although computer technology started to revolutionise the discipline of history more than three decades ago, genres and formats for recording and presenting history using digital media are not well established. Are the new technologies fundamentally changing how we interpret the past? If so, in what ways?

A video stream of Paul's presentation is online here. The main form of digital history that is developed in HUMlab is from the perspectives of visualisation of information and the use of digital tools to teach and record history. The recording of historical information or research findings usually involves working with databases. In HUMlab we have worked on a large database project for the European Union, the Qviz (Query and context based visualization of time-spatial cultural dynamics) Project:

QVIZ is a project started in order to bring users a single entry point to the archives of Europe. A common starting point that allows browsing of the archival resources through time and space using a dynamic map or contextual categories. The map interface locates the resources without the need of knowledge concerning the language that the resource keeps or which institution that holds the records. In addition to this, QVIZ also provides an environment for collaborative knowledge building with social bookmarking for interested users.

While not strictly historical, the connections and potentials in regards to the study of history are quite clear in regards to Qviz. The use of databases is common in historical studies today. Often these databases are not digitized and part of the job of the historian is to render them so, either for the purposes of presentations or to collate information.

Another exciting relation we have had in HUMlab in regards to history is working with museum studies and the presentation of installations and displays in virtual and mixed reality environments. The recent Museum Studies B students project in Second Life is an example of the potentials for virtual worlds and the historical (as the above Rome Reborn video is as well): 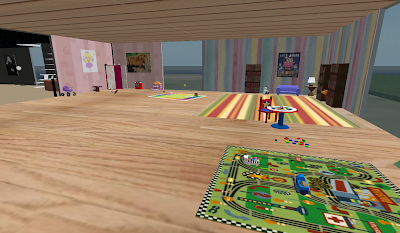 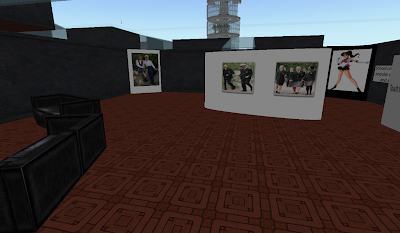 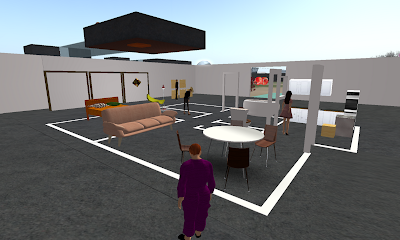 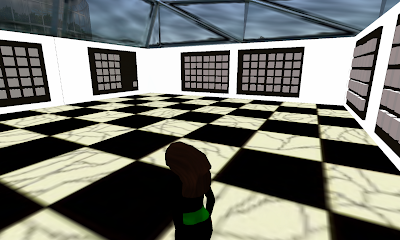 
Another approach to digital history can be seen in the seminar Cyberspace som kulturlaboratorium och historia (Cyberspace as Culture Labratory and History). The preservation, recording and analysis of what is produced in 'cyberspace' is of historical value and should be considered in the study of history. The WayBackMachine is one example of how the history of the digital is being preserved and it offers us an archive and a tool for further work.

Browse through 85 billion web pages archived from 1996 to a few months ago. To start surfing the Wayback, type in the web address of a site or page where you would like to start, and press enter. Then select from the archived dates available. The resulting pages point to other archived pages at as close a date as possible. Keyword searching is not currently supported.

A history of the web is one way of looking at the internet from a historical perspective. Research into how digital cultural heritage is preserved and researched is an area in need of development. As well it is a medium where history is represented in many different way.

Time Commanders is a series of programmes made by Lion TV for BBC Two that ran for two seasons from 2003 to 2005. The programmes, originally hosted by Eddie Mair and more recently by Richard Hammond, features an edited version of the game engine behind the real-time strategy game Rome: Total War to recreate famous battles of the ancient world. The battles are replayed by 4-player teams from diverse backgrounds. The teams are unfamiliar with computer games, to make sure their gaming skills do not influence their success. After a brief introduction of the battle, including an overview of military units, terrain and available forces, the players have to develop a strategy and then deploy their forces. Two of the players are selected as generals, who will direct the battle and have access to a strategic map. The other two players are designated lieutenants in the first series, and captains in the second. The units are indirectly controlled by the lieutenants, who issue commands to program assistants, who in turn use the game interface to control the units. Troop deployment and battle follows, although in the second series, there is a small skirmish conducted as a separate event, to acquaint the players with the game mechanics and their units. In the second series the team also get strategic pauses where they can refine their strategies.

Digital History Hacks: Methodology for the Infinite Archive
This blog ran from 2005-2008 but it remains a great resource for digital historians. The blog was kept by William J. Turkel.

In HUMlab we have the capacity to support ideas and projects that can be related to any of the areas touched on in this short presentation. If you are interested in following up any of the things mentioned please speak to me. As well if you are interested in working in HUMlab you can register for an account on out website. HUMlab is open 24 hours a day seven days a week and offers students and staff at Umeå University a world class environment for research and teaching in the digital humanities.
Posted by James Barrett at 2:35 AM